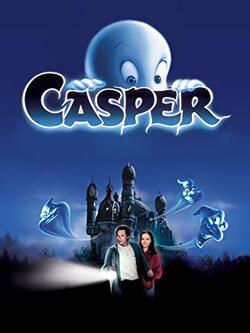 Seeing is believing in this live-action adventure about Casper the Friendly Ghost, a kind spirit who just wants a pal, and his ghostly uncles, who want all "fleshies" out of their manor. 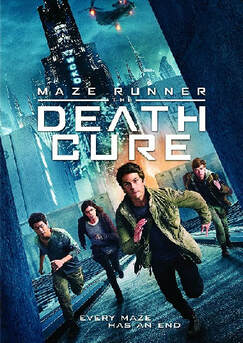 In the epic Maze Runner conclusion, Thomas leads the Gladers on their final mission - they must break into the legendary Last City, which turns out to be the deadliest maze of all! --amazon.com 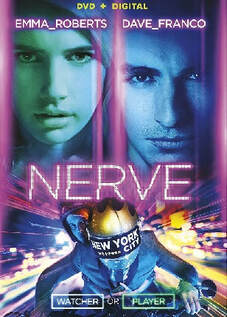 When Vee is picked to be a player in NERVE, an anonymous game of dares broadcast live online, she discovers that the game knows her. They tempt her with prizes taken from her ThisIsMe page and team her up with the perfect boy, sizzling-hot Ian. At first it's exhilarating--Vee and Ian's fans cheer them on to riskier dares with higher stakes. But the game takes a twisted turn when they're directed to a secret location with five other players for the Grand Prize round. Suddenly they're playing all or nothing, with their lives on the line. Just how far will Vee go before she loses NERVE. --amazon.com 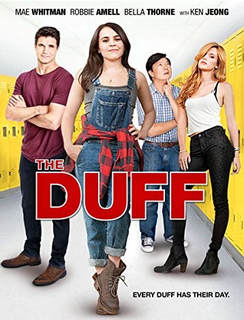 Bianca (Mae Whitman) is a content high school senior whose world is shattered when she learns the student body knows her as 'The DUFF' (Designated Ugly Fat Friend) to her prettier, more popular friends (Skyler Samuels & Bianca Santos). Now, despite the words of caution from her favorite teacher (Ken Jeong), she puts aside the potential distraction of her crush, Toby (Nick Eversman), and enlists Wesley (Robbie Amell), a slick but charming jock, to help reinvent herself. To save her senior year from turning into a total disaster, Bianca must find the confidence to overthrow the school's ruthless label maker Madison (Bella Thorne) and remind everyone that no matter what people look or act like, we are all someone's DUFF. Based on the Novel by Kody Keplinger --amazon.com 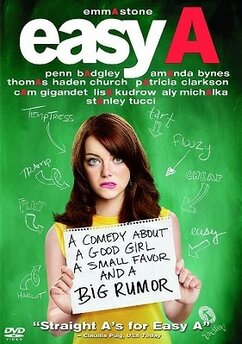 In this charming, critically acclaimed tale of rumors and reputation, Olive (Emma Stone), an average high school student, sees her below-the-radar existence turn around overnight once she decides to use the school's gossip grapevine to advance her social standing. Now her classmates (Amanda Bynes, Aly Michalka) are turning against her and the school board is becoming concerned, including her favorite teacher (Thomas Haden Church) and the distracted guidance counselor (Lisa Kudrow). With the support of her hilariously idiosyncratic parents (Stanley Tucci, Patricia Clarkson) and a little help from a long-time crush (Penn Badgley), Olive attempts to take on her notorious new identity and crush the rumor mill once and for all. --amazon.com 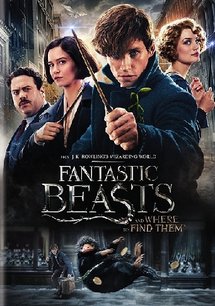 Fantastic Beasts and Where to Find Them: DVD
Rated PG -13

Explore a new era of the Wizarding World before Harry Potter. Something mysterious is leaving a path of destruction in the streets of 1926 New York, threatening to expose the wizarding community. Newt Scamander arrives in the city nearing the end of a global excursion to research and rescue magical creatures. When unsuspecting No-Maj Jacob Kowalski inadvertently lets some of Newt’s beasts loose, a band of unlikely heroes must recover the missing beasts before they come to harm, but their mission puts them on a collision course with Dark forces. --amazon.com 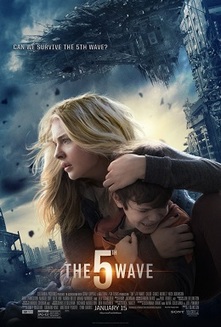 Four waves of increasingly deadly alien attacks have left most of Earth decimated. Against a backdrop of fear and distrust, Cassie (Chloë Grace Moretz) is on the run, desperately trying to save her younger brother. As she prepares for the inevitable and lethal 5th wave, Cassie teams up with a young man who may become her final hope – if she can only trust him. --amazon.com 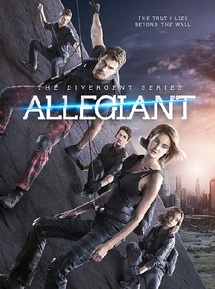 Tris (Shailene Woodley) escapes with Four (Theo James) to journey beyond the wall that encloses Chicago. For the first time, they leave the only city and family they have ever known to find a peaceful solution. Once outside, they learn shocking new truths that render old discoveries meaningless. As the ruthless battle threatens humanity, Tris and Four quickly decide who to trust to survive. Tris must ultimately make difficult choices about courage, allegiance, sacrifice and love. --wikipedia.com 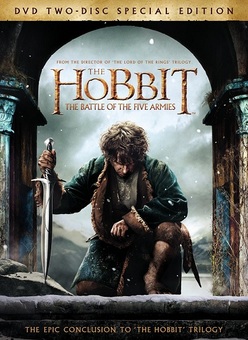 The Hobbit: The Battle of Five Armies : DVD
PG-13

THORIN OAKENSHIELD AND THE DWARVES OF EREBOR have reclaimed the vast wealth of their homeland, but now face the consequences of having unleashed the terrifying Dragon Smaug upon Lake-town. Meanwhile, Sauron, the Dark Lord, has sent forth legions of Orcs to attack the Lonely Mountain, and Bilbo Baggins fi nds himself fi ghting for his life as fi ve great armies go to war. As darkness converges, the races of Dwarves, Elves and Men must decide – unite or be destroyed --amazon.com 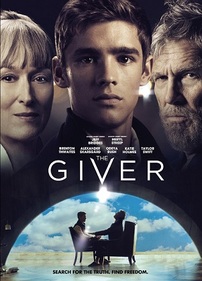 The Giver centers on Jonas (Brenton Thwaites), a young man who lives in a seemingly ideal, if colorless, world of conformity and contentment. Yet as he begins to spend time with The Giver (Jeff Bridges), who is the sole keeper of all the community's memories, Jonas quickly begins to discover the dark and deadly truths of his community's secret past. With this newfound power of knowledge, he realizes that the stakes are higher than imagined a matter of life and death for himself and those he loves most. At extreme odds, Jonas knows that he must escape their world to protect them all a challenge that no one has ever succeeded at before. The Giver is based on Lois Lowry's beloved young adult novel of the same name, which was the winner of the 1994 Newbery Medal. --amazon.com 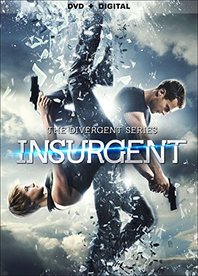 Beatrice Prior must confront her inner demons and continue her fight against a powerful alliance which threatens to tear her society apart with the help from others on her side. --imdb.com 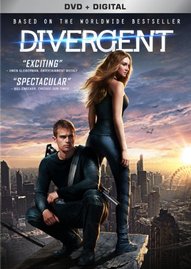 Divergent is set in a world where people are divided into distinct factions based on human virtues. Tris Prior (Shailene Woodley) is warned she is Divergent and will never fit into any one group. When she discovers a conspiracy by a faction leader (Kate Winslet) to destroy all Divergents, Tris must learn to trust in the mysterious Four (Theo James) and together they must find out what makes being Divergent so dangerous before it's too late. Based on the best-selling book series by Veronica Roth.- amazon.com 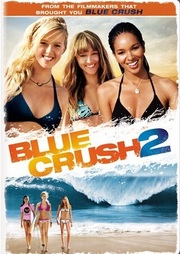 From the filmmakers of Blue Crush comes a movie about fun, friendship and a thrilling adventure of a lifetime. Dana, a killer surfer from California, travels to the breathtaking coasts of South Africa, determined to fulfill her mother’s dream of surfing the legendary Jeffreys Bay. With nothing but her mom’s journal as a guide and a fun-loving group of surf fanatics watching her back, Dana faces epic waves, tough locals and her own fears in this unforgettable surf odyssey.--universalstudios.com 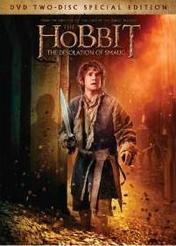 The Hobbit: The Desolation of Smaug

SMAUG is darker, moodier, and more mature than any Middle Earth film we've seen thus far. Evil hangs over our heroes like a black pall (literally). Beset on all sides by revenge-seeking orcs, wargs, terrifying spiders, pale creepy-crawlies, double-crossing elves, treacherous humans, a growing Evil in a ruined Elvish citadel, and a huge, vain, fire-breathing dragon...both the heroes and the audience are plunged into a terrifyingly new world. And there's a lot of new stuff to feast your eyes on along the way. 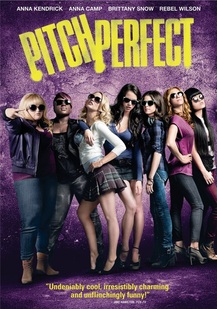 Arriving at her new college, Beca (Anna Kendrick) finds herself not right for any clique but somehow is muscled into one that she never would have picked on her own: alongside mean girls, sweet girls and weird girls whose only thing in common is how good they sound when they sing together. When Beca leads this a cappella singing group out of their traditional arrangements and perfect harmonies into all-new mash-ups, they fight to climb their way to the top of college music competitions. Pitch Perfect is an outrageously hilarious laugh-out-loud comedy that also stars Anna Camp (The Help), Brittany Snow (Hairspray) and Rebel Wilson (Bridesmaids). 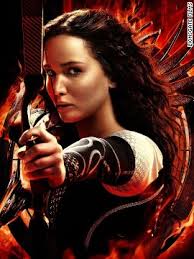 Academy Award winner* Jennifer Lawrence returns as Katniss Everdeen in this thrilling second adventure from The Hunger Games saga. Against all odds, Katniss and fellow tribute, Peeta, have returned home after surviving the games. Winning means they must turn around, leaving their loved ones behind, and embark on a Victory Tour through the districts. Along the way, Katniss senses a rebellion simmering - one that she and Peeta may have sparked. At the end of the Victory Tour, President Snow announces a deadly 75th Hunger Games (Quarter Quell) that could change Panem forever--amazon.com 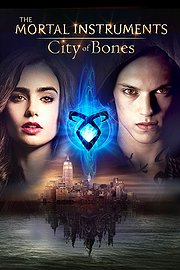 Set in contemporary New York City, a seemingly ordinary teenager, Clary Fray (Lily Collins), discovers she is the descendant of a line of Shadowhunters, a secret cadre of young half-angel warriors locked in an ancient battle to protect our world from demons. After the disappearance of her mother (Lena Headey), Clary must join forces with a group of Shadowhunters, who introduce her to a dangerous alternate New York called Downworld, filled with demons, warlocks, vampires, werewolves and other deadly creatures. Based on the worldwide best-selling book series.--Amazon 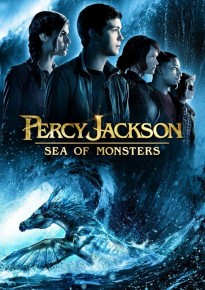 Percy Jackson and the Sea of Monsters

In Percy Jackson: Sea of Monsters, the haven that protects Percy (Logan Lerman) and other demigods is threatened, potentially leaving them vulnerable to the titans and monsters that seek to destroy them.  Clarisse (Leven Rambin), daughter of war god Ares, is chosen for this quest, but Percy and his friends Annabeth (Alexandra Daddario) and Grover (Brandon T. Jackson) set out after the Fleece as well, accompanied by Percy's unexpected half-brother Tyson (Douglas Smith), who just happens to be a cyclops. Only the healing power of the legendary Golden Fleece can save them. --Bret Fetzer